When we think of halaal earnings, what do we usually think of? Probably earning wealth that is free of riba’ and bribery, or working in a halaal industry, right? While these examples are true, earning halaal also encompasses the small, and day-to-day details that most of us tend to overlook. And when we overlook these matters, instead of earning that which is halaal, we might actually earn that which is haraam, wal-iyadzu billah!

🌸 Slacking off while working

One of those oft-overlooked matters, and also one of the most prevalent practices in society is that an employee purposely does not work full time as per the agreed contract with his employer.

For example, a person is contracted to work 8 hours per day, but instead, he works only 6 hours. He goes missing in the other 2 hours, comes in late without acceptable reasons, or leaves early without approval.

Despite him working only 6 hours every day, he still earns the full amount of his salary at the end of the month. But from the Deen’s perspective, 25% of that salary actually becomes haraam for him. Had he worked full time as per contract, his salary would have been entirely halaal for him.

And this is not something for us to take lightly, for Rasulullah salla Allahu ‘alayhi wa sallam (ﷺ) said: “Whoever seizes the wealth of a Muslim unlawfully by means of his (false) oath, Allah makes the Hellfire required for him, Paradise unlawful for him.”

Someone asked: “O Rasulullah, even if it is something insignificant?”

Taking something as small as a piece of siwak unlawfully will earn a person a place in the Hellfire, what more if a person takes something bigger in value? So be cautious in regard to our working hours, and do not neglect the trust that is placed upon us.

🌸 The “art” of borrowing with no intention to repay

Here’s another prevalent practice in our society: The borrower doesn’t return what has been lent out to him.

Often we come across people who intentionally “forget” what or how much they borrow. And at times, the lender is even accused by the borrower of being uncaring and unsympathetic when he tries to get his rights back.

I remember back in my university days, when students were always short of a few ringgit to buy meals or some other needs, they would often borrow these small amounts from friends. And because the amounts were so trivial, everyone forgot all about it. But these small amounts are actually significant in the Sight of Allah. Every single little thing that we do is recorded, and will be brought forth on the Day of Judgement.

Rasulullah ﷺ said: “Whoever takes the money of the people with the intention of repaying it, Allah will repay it on his behalf; and whoever takes it in order to destroy it, then Allah will destroy him.” [Sahih Al-Bukhari 2387]

Whoever borrows something and has the sincere intention to repay or return what he borrows, then Allah will make it easy for him to return it. But whoever borrows something and has already made up his mind that he’s not going to return it, then Allah will ruin him. What he took will never benefit him in this dunya, on top of the punishment that awaits him in the Hereafter.

So it’s super important to keep records of what and how much we borrow. Keep a post-it note, or a reminder in our phones. If we can go out of our way to borrow something from someone, then we can also go the extra mile to do something that can remind us of what we owe. The borrower should never forget, nor break his promise. If he is truthful in repaying the lender, he would do so, regardless whether the lender remembers or not!

🌸 The consequences of haraam earnings

Rasulullah ﷺ mentioned a man who has journeyed far, his hair has become dishevelled and covered with dust. He lifts his hand towards the sky (and makes the supplication): “O Rabb! O Rabb!”, while his food is haraam (unlawful), his drink is haraam, his clothing is haraam, and he has been nourished with haraam; so how can his supplication be accepted? [Sahih Muslim 1015]

From this hadith and explanation, we know that one of the consequences of taking haraam earning is that both his supplications and his good deeds in general will be unlikely to be accepted by Allah. A person may do a lot of good deeds, but how can Allah accept them if what sustains him are from haraam sources? Rasulullah ﷺ said: “Allah is pure, and He only accepts what is pure.” [Sahih Muslim 1015]

And the worst of all punishment, is the one that awaits him in the akhirah. Rasulullah ﷺ said: “No flesh grows that was nourished by that which is unlawful, but the Fire is more appropriate for it.” [Jami’ At-Tirmidhi 614 | Graded Hasan by Darussalam]

So strive in taking only from what is pure and halaal. A little amount of halaal but with Allah’s barakah, is far greater than a lot but deprived of Allah’s blessings. Don’t be deceived by how much money we earn, for what truly matters is how much we have earned the ridha (pleasure) of Allah.

Rasulullah ﷺ said: “A time will come when one will not care how one gains one's money, legally or illegally.” [Sahih Al-Bukhari 2059]

May Allah make us people who are trustworthy and sincere in our dealings, and grant us safety in the akhirah by virtue of our taqwa in this dunya. 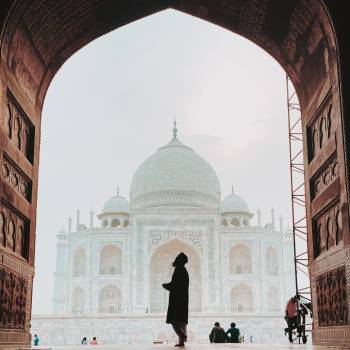