Pearls of the Nile

We all love an action-packed adventure story with a courageous and complex hero out to defeat the most arrogant and repulsive villain imaginable.

From duels of magic and miracles to betrayal, love, sacrifice, and scenes of heart-stopping suspense, it’s no wonder that the life story of Prophet Musa عليه السلام has been made into motion pictures and animations (albeit with questionable historical accuracy).

However, we need to remember that these people, these heroes, and villains, were real.

And the good and even bad (may Allah سُبْحَانَهُ وَتَعَالَى guide and protect us) that are made so evident in them may also reside within us.

We must look at all the people mentioned and try to find ourselves in them, thanking Allah for anything faithful, noble, and brave in us while doing jihad (striving) against what is negative, destructive, and heedless in our characters.

This article will cover three women in the biography of Musa عليه السلام who lived regular lives yet rose to extraordinary heights and took to great lengths for truth and justice when the occasion called for it.

These women, by Allah’s Grace, were the gentle yet undeniable currents that guided the journey of Musa عليه السلام ‘s story, they not only influenced our hero to attain his noble qualities and astounding feats, but they also were the reason he was alive to fulfill his epic mission.

So, let’s dive into the iridescent depths of their story and draw out some pearlescent virtues we can embody, bi’idhnillah.

Allah’s Promises are true. His Nature does not need perfecting.

When He commands us to do something, it is not because we are benefitting Him or adding to His Glory in any way, shape, or form.

But sometimes, what He tells us to do can cause us anxiety; perhaps our hearts ache at the sacrifice involved, even though we know that ultimately it is good for us.

Musa عليه السلام ‘s mother was inspired by her Lord to place her newborn baby in a river. A dangerous place of rushing currents, patrolling soldiers, and ravenous beasts.

She knew that he would be killed by the tyrant’s soldiers if he remained with her, yet which mother on this Earth can bear to part with her small baby, let alone drop him into dangerous waters?

And Allah سُبْحَانَهُ وَتَعَالَى promised her that He would return the child to her, a baby she had not even had the chance to name.

And Allah describes to us the state of her heart, how it was emptied of everything else except the thought of her newborn. So many times, she was about to turn back and cry out her secret, to give voice to her agonizing deprivation, but she didn’t. Allah knew her heart was sound, so He strengthened it.

That very same day, Musa عليه السلام was back in her arms after the most amazing sequence of events that no human being could have conceived, let alone planned and executed – through the courage and cleverness of our two other heroines.

My brothers and sisters, Allah does not go back on His Word. If He promises His Help, we will get it, and if He promised to Respond, He definitely will.

But are we listening to Him, obeying, and responding to Him?

The mother of Musa عليه السلام could have kept her baby and spared herself a lot of pain. But that would have led to him being killed in front of her.

She could have forgotten Allah’s Promise and revealed the secret, alerting the soldiers or those who could do nothing to help her.

Yet she remained stalwart, she strived to obey Allah, and so He facilitated her affairs beyond what she could dare to imagine.

My brothers and sisters, there are certain commands of Allah that we all struggle with, even though our hearts know that we are better off if we follow them.

We need to trust in Him; we need to know that His Decree, whether regarding our life’s events or the legislations of the Deen, will bring us nothing but abundant khayr (good) and provide a way out for us from every difficulty.

And how Allah, Ar-Raoof (the Ever Kind), cares about His servants! Just look at this verse that is so filled with Allah’s love for a grieving mother who sacrificed her dearest for His sake:

“This is how We returned him to his mother so that her heart would be put at ease, and not grieve, and that she would know that Allah’s Promise is always true. But most people do not know.”

Sabr is loved by Allah سُبْحَانَهُ وَتَعَالَى; it is to react to something you do not love with patience- meaning, you do not respond in a way that would displease Allah.

Many think that sabr means being passive and not moving forward or taking action.

However, while Musa عليه السلام ‘s mother obeyed Allah in a time of severe hardship without a word of complaint, and parted with her child, she also took the means while trusting in Allah to keep her baby safe.

What did she do?  She called to her daughter with a single instruction, “Follow him.”   [Surah Qasas:11]

Now, the young girl had no power over a bloodthirsty army or a raging river, all she could do was follow the basket step by step and discreetly watch her little brother.

Sometimes we feel that we’re trapped in a certain situation, and it’s so impossible to imagine it being lifted that we stop trying to do anything at all.

But this is not the way of trusting Allah; this is the way of giving up and losing hope.

This girl did what she could do, even though all odds were against her and her brother was likely to perish in some way or another.

SubhanAllah, how she must have felt when the baby disappeared into the Pharoah’s Palace where he would surely be killed!

But did she run away to her mother in terror? No. She bided her time; she hoped and trusted.

She knew Allah could bring good and comfort out of an impossible situation. So, when the people of the Palace came out in search of a wet nurse for the baby, she عليه السلام was ready to be of service.

Her words, intelligent and discreet, led baby Musa back to his mother without any danger to either one.

In the mouth of the lion, as it were, was where Musa عليه السلام ended up, and it was all according to the Perfect Plan of Allah سُبْحَانَهُ وَتَعَالَى.

It sometimes happens that we have to face our worst fears, something we prayed to Allah that we should never have to face.

Sometimes we want something so badly, with every facet of our hearts, but we are prevented from having it.

My brothers and sisters, this is not because Allah wants you to be in pain - how could we dare have anything but the best expectations of the Most Merciful.

Allah knows and we know not. He knows just how to bring about amazing good in our lives, even though, to us, it looks like everything is falling apart.

In times of emptiness, when it feels like we’re hanging on by a single thread, we need to remember who Allah is and how much He has blessed us and protected us throughout our life.

We need to trust that He will continue to do so, being Al Muhaymin - the Guardian and Protector of His slaves.

When the queen found him in the water, she felt an inexplicable love and tenderness for him.

Despite having no children of her own, she had the heart of a mother, and Allah guided her to do the unthinkable.

She approached her husband, who had commanded the cold-blooded murder of Israelite baby boys, with a child who bore the appearance of his people.

With astounding audacity, she declared her intention to keep the child as their own, that he may be a source of coolness and happiness for them.  [Surah Qasas: 09]

Due to this courageous woman’s sincere efforts, Allah made a miracle occur, and Firaun consented to not spare the baby’s life but to raise him in the Palace.

My brothers and sisters, realize that if she had chosen the wrong moment to approach her husband, he may as well have killed them both.

He was a man with no conscience, no qualms about destroying people’s hearts and lives.

Yet, she took that risk, she stood up for an innocent child, and this action saved him عليه السلام to become a great Prophet of Allah who eventually showed her عليها السلامthe way to Paradise.

In conclusion, the heroic actions of these women عليها السلام led to the survival and thriving of a legendary hero – Musa عليه السلام, who delivered his people from the worst imaginable oppression by the Grace of Allah, and whose life is mentioned so profusely by Allah for our benefit, in the Qur’an.

Therefore, don’t ever underestimate your influence over others - to nurture them, guide them, support them, and ignite that spark in them that leads to beautiful acts.

This could be your parents, the children in your family and community, your spouse, or complete strangers.

Be on the lookout to be someone’s brilliantly shining star, and Allah will reward you for every glimmer of light you shed.

Allah sees all that you do and why you do it, so aim to spread khayr for the sake of seeing His beautiful face, obey Him in doing diverse good deeds, and stay away from what is harmful and destructive. Adopt this beautiful lifestyle even when things are hard, making sabr (patience) and tawakkul (reliance on Allah) your graceful garments and protective armour.

We are the heroes of our own stories, and by the permission of Allah, we can inspire the capacity in others, transforming them into forces of good to be reckoned with. 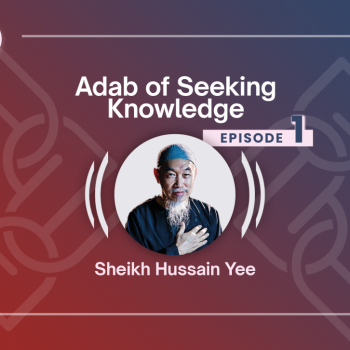 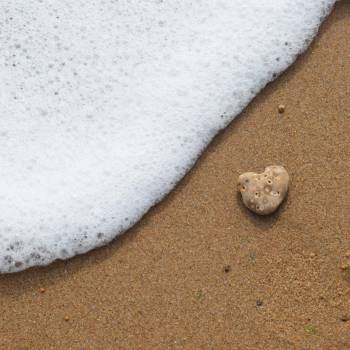