Here are some traits of a person that you may describe as one who possesses the quality of gentleness. And this is especially seen when for example of a mother to her new born baby, or how kittens play with each other. However, it is not only limited to that sort of relationship.

In fact, you may recall, Prophet Musa a.s., one of the Ulul Azmi Min ar-Rusul, the Messengers of great determination, was asked by Allah SWT that he and his brother Harun a.s. to be gentle when speaking to the tyrant ruler of Egypt at that time, Fir’aun. And this very tyrant claimed that he was Rabb of the worlds, and yet the true Rabbul ’aalameen, says in Surah Ta-Ha, verses 43 & 44,

“Go, both of you, to Pharaoh. Indeed, he has transgressed. And speak to him with gentle speech that perhaps he may be reminded or fear [Allah]."

SubhanAllah, from the verses above, Allah SWT was reminding Prophet Musa a.s. that this manner of speaking may bring the desired or more positive outcome, as in this case which is to be reminded or fearing Allah. As we all know, different actions bring out different outcomes. Of course it is also more befitting for a Prophet to have such gentleness and forbearance, as this is such a virtuous character and only adds to beautify a person as explained in the hadith below, where 'A'isha, the wife of Allah's Messenger (ﷺ), reported Allah's Messenger (ﷺ) as saying:

Kindness is not to be found in anything but that it adds to its beauty and it is not withdrawn from anything but it makes it defective. Sahih Muslim 2594.

SubhanAllah, isn’t that just so profound?

Let’s take for example if you want to tell someone to sit down, just these two words, you could do it with a gentle tone, and a smile perhaps and say “sit down :) ” and more likely than not, the person may actually sit down. However, if you were to use a more stern and harsh tone and demeanour, ‘SIT DOWN!!!’, those same two words could be translated quite differently and receive adverse results and just fall on deaf ears!

I’m about to share with you a little personal story that took place first hand to my family and I that best describes the outcome of gentleness versus harshness.

So this story happened when I was much younger in school during a time when my parents were away for work and my aunt was babysitting us back then. My younger brother one day was having his afternoon nap and he was, mind you, a toddler then. My brother being the youngest and only boy among my siblings, was needless to say the apple of our eyes. We still dote on him up till now even though he is now a father himself of two lovely children, Ma shaa Allah Tabarak Allah.

So back to that afternoon nap, so we were all just back from school and having lunch and catching up on each other as to how the day was and suddenly we realised that no one was minding our little brother. The cheerful atmosphere suddenly turned to panic in a split second when we discovered that he was sleeping in my parents room and somehow it was locked from the inside. We did not know how it got locked as we immediately thought of the worst case scenario. What if he fell off the bed? What if he didn’t know how to unlock the door? What if something had happened to him? We all started to shout out his name and started frantically banging on the door hoping to wake him up. It was really quite unnerving!

SubhanAllah, just imagine, we had no spare key to the room and as mentioned earlier, as my parents were away, so there were a few things to consider before informing them of our predicament and I think we almost broke the door down in our frenzy and fear of the worst.

Suddenly I heard a relative of mine saying, ‘Try and wake him up gently.” At first we were thinking, how is he going to hear us? But then we thought, it is worth a try because you just never know, it could work!

SubhanAllah we tried just that, pulling ourselves together, we tried calling out to him lovingly, and gently, almost whispering ‘Sayang, bangun sayang, bukak pintu ni please…’ (Love, please wake up love, and open the door please) and within a minute, we heard the door being unlocked from the inside and there was my little brother, opening the door. Just. Like. That. That cute little boy just got up, eyes half opened, with his unkempt hair from his nap, oblivious to the shouting and screaming that happened earlier. We were floored and in awe at this miracle that happened before our very eyes. It was as if he was protected and shielded from the noise and mayhem (i think even our neighbours were a little concerned),

Just take a look at the following Hadith, where `Abd Allah b. Mughaffal reported the Messenger of Allah (ﷺ) as saying :

Allah is gentle, likes gentleness, and gives for gentleness what He does not give for harshness. Sunan Abi Dawud 4807

Allahu Akbar. Now having only learned this hadith recently, I can safely say I have witnessed it first hand!

On that note, let’s remind each other to beautify our character and strive towards gentleness and forbearance, because The Messenger of Allah (ﷺ) said, “Certainly amongst the people of the earth are some who are Allah's vessels and the vessels of your Lord are the hearts of the righteous servants. And those who are most beloved to Him are those who are kind and gentle”- al-Silsilah al-Sahihah

With sincere du’as from your sister,

Masha'Allah. Beautiful story and so true. Meet people where they are with kindness and gentleness.
on 23/04/2022 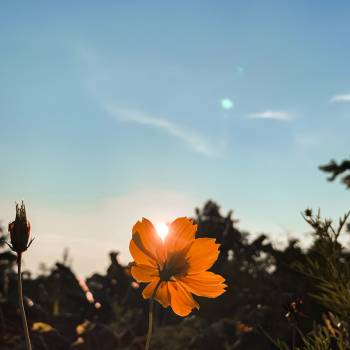